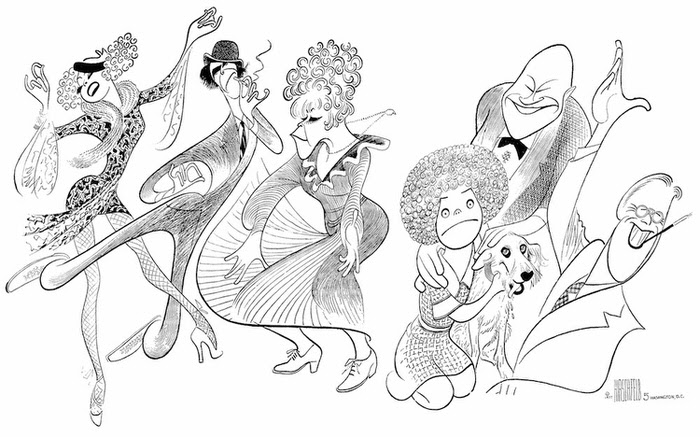 Visiting NYC soon? If you are lucky enough to be in the City before August 8, 2017, don’t miss the The Tonys As Seen By Hirschfeld in the lobby of the Algonquin Hotel.

In late June, Walt and I wandered into the oak paneled lobby of Algonquin Hotel on 59 W. 44th Street. We had been invited by Marriot Hotels to catch the The Tonys As Seen By Hirschfeld , experience the ambiance of the Algonquin Hotel, and catch lunch in the iconic Round Table Restaurant. 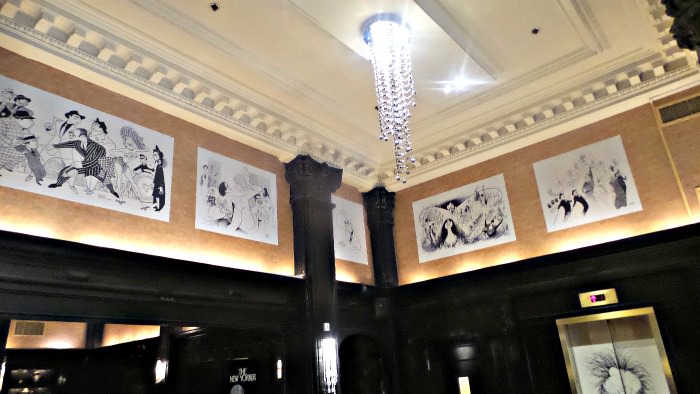 Walt and I marveled at the iconic caricatures of artist Al Hirschfeld, 23 drawings reproduced three feet tall. Each work captures a Broadway show. 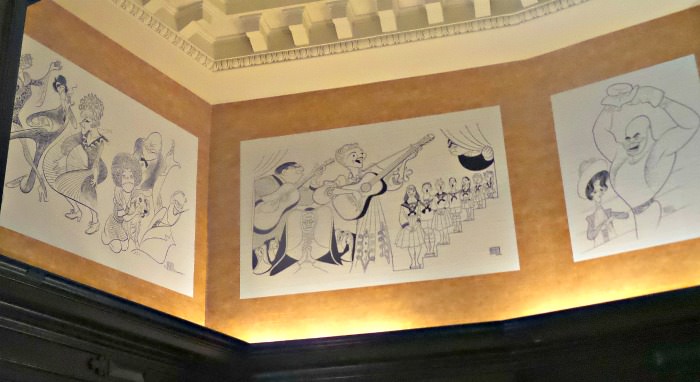 Share the The Tonys As Seen By Hirschfeld Exhibit

24/7 a visitor can visit the Algonquin Hotel lobby to view the exhibit, get a respite from the NYC summer heat in the air conditioned grand lobby, and make use of the complimentary lobby Wi-Fi. If you loved the visit as much as Walt and I did, share images of the exhibit and the hotel by using the hashtag #AlgonquinHirschfeld and tag @AlgonquinNYC and @AlHirschfeld on Instagram and Twitter.

Jerome Robbins Broadway, 1989. How to succeed in business without really trying, 1961. My Fair Lady, 1956. All drawings by Al Hirschfeld.

It was great fun to try to guess which Broadway play that each work captured. PSST! If you check at the desk, they can give you a precious complimentary souvenir brochure that tells you the name and date of each image. Walt loved trying to trip me up, but I was able to name quite a few of the plays.

Who was Al Hirschfeld?

Al Hirschfeld started to draw Broadway in 1926, and by 1947 when the first Tony was awarded, his artwork had become as much of a part of the Broadway experience as opening night itself. His drawings of the American Theater over 76 years, which included many Tony winners and nominees, earned him two Lifetime achievement Tonys, and eventually a Broadway theater renamed in his honor in 2003. 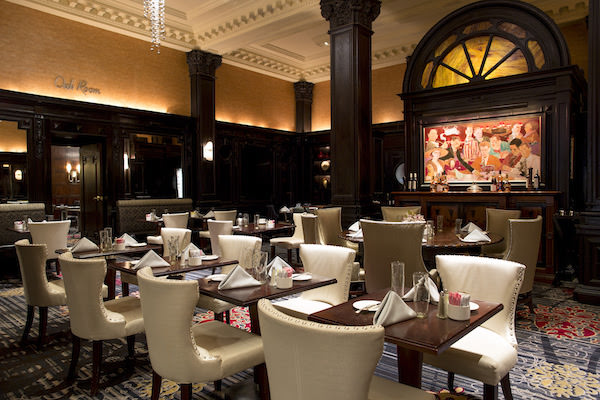 The Algonquin’s Round Table Restaurant in the lobby of the hotel.

Why is the Algonquin important to NYC?

The Algonquin Hotel, Times Square, opened November 22, 1902. The hotel is the oldest and longest operating in the city and is located on historic Club Row, West 44th Street. The Algonquin Hotel is just steps away from Fifth Avenue, the theater district, Rockefeller Center, and Radio City Music Hall, and is a great opportunity for those visiting the city to witness the fabled New York haunt of “The Vicious Circle” at The Algonquin Round Table. 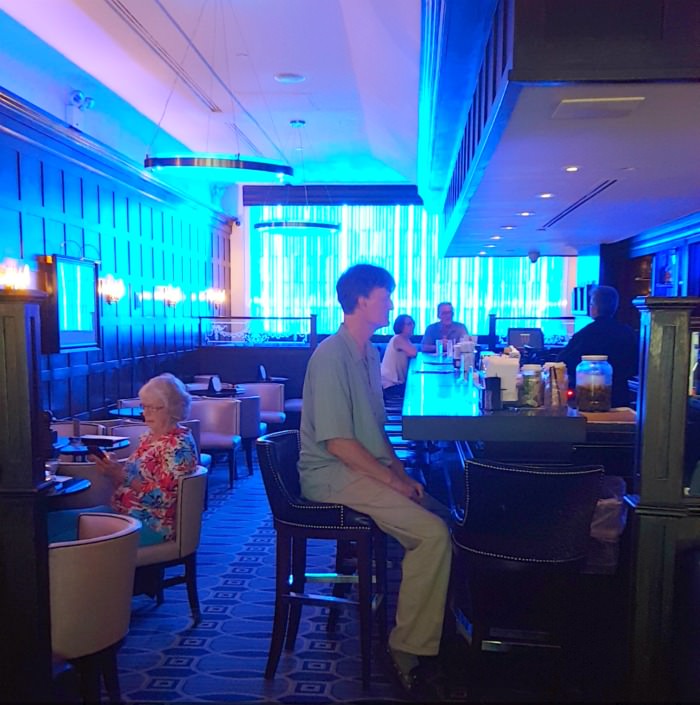 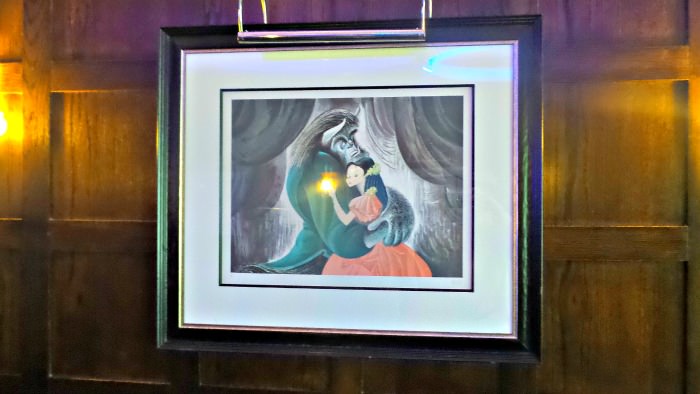 Insider TIP: Visit the Algonquin’s “The Blue Bar”, adjacent to the Hotel Lobby, to see the Algonquin’s permanent collection of Al Hirschfeld drawings on the dark wood walls.

Blog Note: The Chief Blonde and her husband were invited to attend The Tonys As Seen By Hirschfeld exhibit by Marriot Hotels. A lunch was provided. This The Algonquin Hotel Celebrates The Tonys As Seen By Hirschfeld, NYC blog post originally contained a giveaway for $25 Gift Card. The giveaway is over and the Rafflecopter entry device has been removed, it had 6316 entries. See Giveaway Winners.

This site uses Akismet to reduce spam. Learn how your comment data is processed. 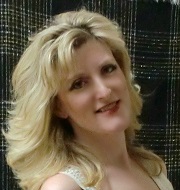 Keep up with the Blonde

All this Fabulous Blondeness? Enter your email address below to receive our Daily Feed and our Weekly Newsletter and never miss a thing!

Amazon with a Blonde

Get Social with the Blonde!!

Work with a Blonde

Outfit Posts? Ambassadorships? Company Features? Contact me at Stillblondeafteralltheseyears@gmail.com and I will contact you right away with specifics. Be Patient...I'm menopausal!

Shop with a Blonde

Save With A Blonde

Rakuten (formerly Ebates) - Have you heard of Rakuten? I use ebates to get cash back on almost everything I buy. They work with a bunch of big name brands like Kohls, Nordstrom and Amazon so I can always get money back from my favorite stores. It's free and super easy to use! Click the Rakuten Icon and see what you can save!

Find us on Google+

“Still Blonde after all these YEARS is a participant in the Amazon Services LLC Associates Program, an affiliate advertising program designed to provide a means for us to earn fees by linking to Amazon .com.”

DISCLAIMER: All images on https://stillblondeafteralltheseyears.com are licensed or readily available in various places on the Internet and believed to be in public domain. Images posted are believed to be posted within our rights according to the U.S. Copyright Fair Use Act (title 17, U.S. Code.) If you believe that any content appearing on Still Blonde after all these YEARS infringes on your copyright, please let us know by emailing us at StillBlondeafteralltheseyears @ gmail . com and/or send a DCMA take down request. We will be happy to oblige!